VetCard Partners, LLC was founded in 2019 to provide a platform that connects veterans with VetFriendly businesses and programs.   The company was started by the OmegaPoint Partners and Matt McCord.

Matt is a 20-year Military Special Operations Veteran with a Master’s in Business Administration from Liberty University. His expertise is in Management, Leadership, Program/Project Management, Small Business Ownership and Entrepreneurship. Mr. McCord specialized in small to large group consulting managing Science & Technologies Programs during his 20 years as US Navy Special Operations. He is well versed in instructing, developing, and presenting solutions to problems with the confidence of a seasoned executive. He briefs CEOs, COOs, and high-level Military and Government Officials, as well as Doctorate Level Academia. This has earned Mr. McCord recognition as a Subject Matter Expert at the highest levels of the US Government and Academia.

Matt is the Owner and Managing Director of the McCord Coastal Group. A veteran owned business that assists with every aspect of home buying, selling, investing, and relocation process. His expertise in leading sizable teams or working solo results in the ability to maintain focus on the client’s best interest in a stressful and high-risk process. His strong work ethic and ability to be flexible in the workplace makes him a perfect fit for any company needing quick and decisive decisions or long term result and implementation of strategic solutions. 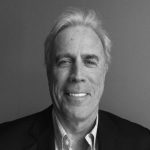 Mike Cameron is a lifetime entrepreneur. While serving as major shareholder, President and CEO of Zephyrhills Water, he was primarily responsible for developing the once small, local company into the largest bottled water company in the Southeastern US. He negotiated the successful sale of Zephyrhills to Perrier/Nestle, making the brand a household name.

Mike is currently co-founder of OmegaPoint Partners, LLC, which creates high-growth-potential, reduced-risk companies from intellectual property utilizes its own proprietary and copyrighted private blockchain. These companies create a social impact by doing well by doing good. Mr. Cameron is a graduate of Georgetown University and holds an M.B.A. from The University of Pennsylvania’s Wharton School. In addition to his business ventures, Mr. Cameron was a member of the Young Presidents Organization, served on the Board of Overseers for Georgetown University, and was the President of the Wharton School Club of Central and North Florida. 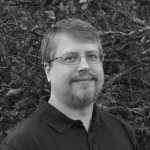 Dan Liptak got his start early when he first discovered computers at 10 years old. An internship at NASA during high school put him on a 20-year path in Information Technology. He registered his first domain name in 1998 and has been helping companies big and small build their web presence ever since.  Currently he is the Co-Founder and CTO of OmegaPoint Partners, LLC where he developed the OmegaPoint™ private blockchain. With his experience in the computer industry along with his passion for entrepreneurism, Dan’s attitude and culture within the OmegaPoint Partners team is well-suited.

Mr. McFarlin is a registered professional engineer, with several patents and technical publications. From July 1993 through July 1998, McFarlin was President, CEO, and Chairman of the Board of Angeion Corporation, a public medical device company developing products in the cardiac rhythm management field (implantable defibrillators and catheter ablation systems). Mr. McFarlin led the company through its development stage into an operating company, then retired in January 1999. He continued to serve as Chairman of the Board through January 2000. From 1990 to 1993, Mr. McFarlin was Co-Founder, President, CEO, and Chairman of the Board of CLARUS Medical Systems, Inc., a private medical device company developing and manufacturing products for the orthopedic and neuro-endoscopy markets. Mr. McFarlin served on the Board of Directors of CLARUS Medical until the Company was acquired in February 2000. From 1985 to 1990, Mr. McFarlin was President and CEO of Everest and Jennings, International, Ltd., a $200 million manufacturer of durable medical equipment for the physically challenged. This Company was acquired in 1990. From 1977 to 1985, McFarlin held several positions at Medtronic, Inc., joining the company as Vice President of Research and Development for pacemakers, leads and cardiovascular instrumentation. He was later named Executive Vice President, responsible for Medtronic’s US Cardiovascular business. Medtronic is the world leader in cardiac rhythm management. From 1964 to 1977, Mr. McFarlin served in a variety of engineering management capacities at Texas A&M University, TRACOR, Inc. (Texas), and Beckman Instruments (California). In 1963, McFarlin earned a Bachelor of Science degree in Physics and Mathematics from Henderson University in Arkansas. His professional career began as Chief Engineer of Texas A&M Nuclear Particle Accelerator Program, while completing a Master of Science degree in Nuclear Engineering.
Mr. McFarlin has previously served on the Board of Directors of: Autonomous Technologies, a public laser eye surgery company (acquired by Summit Technologies), PSICOR, a public cardiovascular company (acquired by Baxter, Inc.); Zero Corporation, a public diversified electronic equipment company (merged with Applied Power, Inc.); FENA Design, Inc. a private durable medical equipment company (acquired by Dane Industries); and POSSIS Medical, a public cardiovascular company (acquired by Bayer Corporation). Mr. McFarlin has also served on the Technical Advisory Board of Med Source Technologies, Inc. (a $150 million public company serving the component manufacturing needs of the medical device industry), as well as serving as Audit Committee Chairman for several public companies and on numerous strategic and planning board committees.

Mr. Koch has advised and co-founded a number of early stage companies, including JobPath Partners, a job posting and training site for military veterans, FabLab, a branded makerspace, and Energy Conversion Partners, a technology agnostic renewable energy center developer with a global presence. Paul is actively involved in the community through the Central Florida Foundation and volunteering as a mentor for the Young Entrepreneurs Academy at the Orlando Science Center. When Paul is not in the office he can be found playing ice hockey in a local league, or competing on the triathlon circuit. Paul is an Eagle Scout and a graduate of Rollins College.

Since 2010 Dr. McBride has been Founder of Intellectual Property Matters LLC (North Carolina) and a Partner at ipCapital Licensing Company LLC. Dr. McBride has 38 years of professional experience, as both an individual contributor in a wide variety of technical assignments and as a manager at various levels. He joined Lenovo (United States), Inc. in 2005 as Director of Intellectual Property Licensing as part of IBM’s divestiture of its Personal Computing Division. He was also appointed to the Lenovo Singapore Board of Directors. Dr. McBride’s thirty-one year IBM career spanned several divisions, including Research, Microelectronics, Personal Computers and Mainframe Systems. As a Program Director of Licensing he was in charge of monetizing the IP portfolio. These comprised patent infringement assertions; business development of trademark and technology licensing; identifying, negotiating and executing new deals to grow IP income; and managing the annuity income stream. Dr. McBride worked with Finance, Accounting, IP Law, and Product Development while having overall program management responsibility for IP income. He was also responsible for IP Defense in areas such as non-infringement through prior art and other defenses, working in concert with IP Law and General Legal functions. Dr. McBride drove the Patent Portfolio Management process to evaluate invention diCHNGosures, select the most valuable inventions for first country and foreign counterpart filings within budget, and evaluate patents when maintenance fees were due. Earlier career responsibilities included Research Staff Member and management roles at IBM’s T.J. Watson Research Center in Yorktown Heights, NY, technology strategy development, and hardware and software product development. He is an inventor with several patents. Dr. McBride has a Ph.D. (EE) from Polytechnic Institute of NY and M.S.(EE), B.S.(EE) degrees, combined honors curriculum, from Purdue University.

A visionary entrepreneur and professional engineer with over 40 years of technical and senior management experience. In 1999, Don became President and CEO of Simpson Environmental Corporation (SEC) and has led the company’s growth from a manufacturer and distributor of commercial air and water treatment equipment, to world-class facilities that convert a range of waste into sustainable energy. Don has created, led, and employed state-of-the-art energy solutions for environmental projects on a global basis. He has designed numerous solid waste management and wastewater treatment processes and currently oversees all aspects of environmental engineering projects globally. Don’s distinguished career includes working for the Department of National Defence, Ericsson Communications, and IBM/Rolm and Ericatel, where he led a merger with Tie/communications, and later, a management buy-out. As President and CEO of Ericatel, he took the Company from start-up to the Globe & Mail’s Report on Business List of Canada’s Top 300 Private Companies. Don’s charitable work includes serving as the President of the Juno Beach Centre Association, a Canadian non-profit charitable corporation that provides a tangible and fitting memorial to Canada’s participation in the Second World War on the D-Day beaches of Normandy.

We're not around right now. But you can send us an email and we'll get back to you, asap.